To give you some help with controlling the activity of pests in and around your lawn, I think it’s wise for you to learn a little more about them, exactly what they do and a few things that can be done to prevent them in the first place. Of course not all species cause damage to your lawn, in fact most either promote better health for your lawn or do nothing at all, so a little background is needed to make sure you aren’t causing any unnecessary stress to your grass and soil.

Now you probably know this in its adult form as either a Crane Fly or a Daddy Long Legs, but it’s not this form we’re concerned about, it’s its larvae form (which are called Leatherjacket’s). This is where they are a real nuisance as they eat away at your grass roots. Now even though your grass is quite resistant to this, you probably won’t even notice it, but if there are large amounts of Leatherjackets, over 25 larvae per sqm, then you’ll begin to see significant damage.

During the end summer and early autumn the Crane fly will be seen most frequently in your garden, at which point they’ll begin laying their eggs. The eggs then hatch and begin feeding during the autumn and winter months until the following spring, at which point you’ll see the damage. But in saying that winters are beginning to heat up a little so you might even see some as early as autumn.

There are a few signs that if you see them you’ll probably have to deal with some problems in the future:

If you do suspect a problem then go around the lawn, focusing on areas where you think there will be the most damage, and pull back some patches of turf. If you find more than five grubs per sq. ft. then you’ll most likely have damage to deal with. In this case the best practice is to scarify, aerate and overseed the lawn, this will reduce the larvae population and repair any damaged areas.

Also if you do have birds eating away at your lawn you don’t need to worry, they do very little damage other than pulling away chunks of moss and thatch. As they’re feeding on the Leatherjackets they will actually help you so just leave them to do their thing. 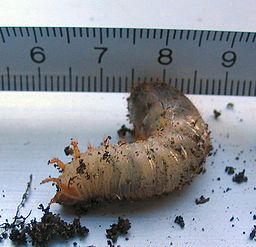 Now these are very similar to Leatherjackets so you might get them confused, they look similar (the adult chafer grubs are reddish-brown and about 14mm long) and it’s their larvae that cause all the problems. They feed on your grass roots just like the Leatherjackets but won’t cause too much damage unless there are a lot of them, at which point you’ll begin to see dry patches of lawn appearing.

From May to June the adult chafer grubs will emerge from the soil to mate in the evening, returning at night, all the way through until the following July. Eventually the female grubs will lay about 15-20 of their eggs over several days. They’ll focus on compacted areas of soil more than others so if you want to prevent them from being laid in your lawn then aerating them would really help.

After about 2 weeks the eggs will hatch, the larvae will move towards the lawn surface and begin munching on the grass roots. If you’re going to have a problem then you’ll notice one of three things happen in your garden (just as you would with Leatherjackets):

As you begin to move into the August/September period and you do experience some damage by the larvae then you’ll see the grass on your lawn turning yellow and starting to thin out, until all that’s left is a dry patch. As time goes on the area of dead grass will gradually get bigger and the turf will be very easily pulled back. Just like the Leatherjackets, the best way to tackle this problem is to aerate, scarify and overseed your lawn. 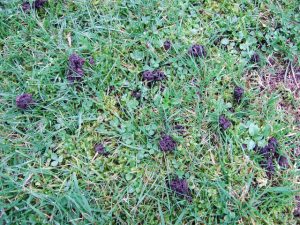 Out of all the worms in the UK (all 28 of them) only 3 of their casts will cause you any problems, so this shouldn’t happen too often. If you’re unlucky enough to actually have these left on your garden then you’ll notice little bumps on your turf. Once they’ve been mown over then the markings left can be quite ugly and are a great spot for weeds to congregate.

Of course the best way to prevent worm casts is to attack the place they came from – the worms, and there’s a few ways you can do that:

Now if you’ve waited too long and have begun seeing casts appear then don’t worry there’s still a few things you can do to make your lawn look a little bit tidier:

There are two types of ants you’re going to see in the garden, with the red ones being the most destructive. They are likely to be found in areas of dry soil, near paths and driveways for example, to dig their way through, building little tunnels underground and leaving their big, ugly ant hills behind.

These spoiling the look of your lawn and make it difficult for your mower to travel over so corrective action should be taken. You need to use products that deal with the ants but at the same time don’t harm your grass, try something like these:

Now that all well and good for treating the ants but what about the ant hole left afterwards? Well seeing as it is very unlikely to sink back down into the ground again, you’re going to have to deal with it yourself. You can either get a brush and sweep it across the lawn or get a vacuum cleaner to suck it all up. 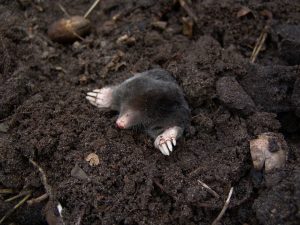 These really are pesky creatures, if they’re roaming around your garden then you’ll notice volcano-looking mounds of soil spaced out across the lawn and raised ridges laid out around it. The mounds are where they begin or end their journey underground to find food and the ridges tend to be impressions made from the tunnels they have built.

To remove them or at least encourage them to move away from your garden they’re a few things you can try:

But the problem is quite finished once the mole has been treated, there is still the task of dealing with their leftovers. The holes and ridges are quite unattractive and because the grass roots will have been cut when the mole was at work, it’s likely the grass will start to die out causing dry patches.

Don’t just flatten the turf, this will make a bump and makes the lawn look untidy. Instead I would get a hose and start washing the mud back down from where it came, this is a much easier and effective way of doing things. As for the ridges I would roll them to help the grass re-root.

Now I know I have mentioned a few tactics to be used for preventing specific pests but there are also some things you can do to prevent all kinds from entering your garden.

Pull out all the weak plants. They may already be affected and if not they’ll attract predators, so pull them out and dispose of away from the garden.

Build healthy organic soil. Mulching and topdressing your soil with a natural compost or fertiliser is the best way to build a strong and healthy soil.

Use seaweed mulch & spray. Seaweed contains elements like iron, zinc, calcium, sulphur and magnesium which promote healthy development for plants and soil. This used as a mulch or spray will enhance growth and gives plants strength to fight off disease.

Minimise insect habitats. Clear away garden debris and weeds as these are breeding grounds for insects.

Rotate crops. Insects and pest are often plant specific so when plants are mixed, pests are less likely to spread throughout the other crops.

Keep foliage dry. Wet foliage encourages insect and fungal damage to your crops so water early so your foliage is dry for most of the day.

Disinfect. Make sure you wash your garden tools after working with infected plants before moving onto another task to reduce the speed of invading insects.

If you found this post interesting then maybe you’d like to see some of my other content, like my robomower reviews? If so then head over to my Robot Lawn Mower Review Page, I’ve reviewed various models all designed for different purposes so if you’re in the market there won’t be a better place to go than here! 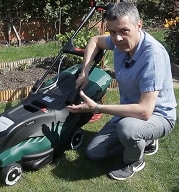 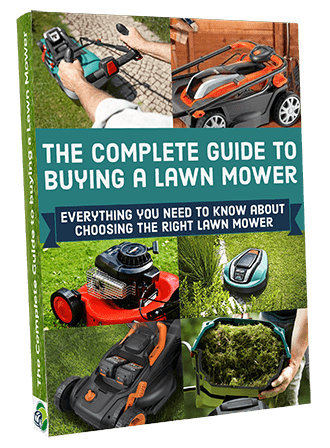 FREE Lawn Care Survey!
Contact us now for a free no obligation lawn care survey worth £25
We will call you back to arrange a convenient time to survey your lawn and provide free advice and guidance on how to achieve a perfect lush green lawn.
Get your FREE lawn survey here!

Download FREE "The Complete Guide to Buying a Lawn Mower"

We use cookies to ensure that we give you the best possible experience on our website. More information Accept